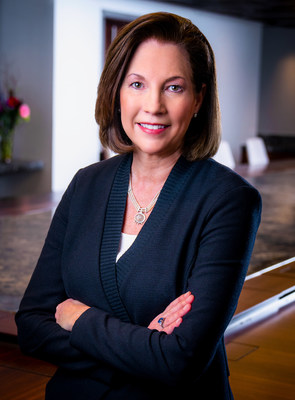 CHICAGO, Jan. 15, 2021 /PRNewswire/ -- The Boeing Company (NYSE: BA) board of directors today announced that Lynne Doughtie has been elected to the board, replacing Caroline Kennedy who has resigned following three years of dedicated service.

Doughtie, 58, retired from KPMG in 2020, after serving as U.S. Chairman and CEO since 2015. One of the world's leading professional services firms, KPMG operates in 147 countries and territories employing more than 219,000 people. She will serve on the Audit and Finance committees.

"Lynne Doughtie is a highly-accomplished executive with a demonstrated track record of leading a world-class organization," said Boeing Chairman Larry Kellner. "She will provide perspective reflecting her global leadership roles and experience advising clients on complex matters as well as significant risk management expertise. We look forward to working with her."

As the first woman to be elected U.S. Chairman and CEO of KPMG, Doughtie served as a member of KPMG's Global Board and Executive Committee. Doughtie joined KPMG's Audit practice in 1985, before serving as the lead partner for several strategic clients across industries and holding leadership roles including Vice Chair of the firm's U.S. Advisory business. During her tenure, KPMG experienced strong growth and made significant investments in quality and advanced the firm's culture and values.

Doughtie has been recognized by Fortune's Most Powerful Women, Crain's New York Business' 50 Most Powerful Women in New York, Accounting Today's Top 100 Most Influential People, the National Association of Corporate Directors' 100 most influential people in the boardroom, and Glassdoor's list of Top CEOs.

"We welcome Lynne Doughtie's impressive track record of advancing organizational goals through culture and innovation," said David Calhoun, Boeing President and CEO, and member of the board of directors. "Lynne's values-based leadership will further strengthen our board."

"Boeing is a remarkable American company serving a critical role in the global economy," said Doughtie. "I look forward to joining this distinguished board."

Kennedy, who joined the board in 2017, served as a member of the Audit; Compensation; Finance; and Governance, Nominating and Organization committees. Previously, Kennedy served as U.S. Ambassador to Japan from 2013 to 2017.

"On behalf of Boeing and its board of directors, I want to express my gratitude to Ambassador Kennedy for her leadership and exemplary service," Kellner said.

"It's been a privilege to serve alongside Ambassador Kennedy," Calhoun said. "I'm grateful not only for her contributions to Boeing, but for her service on behalf of our country."